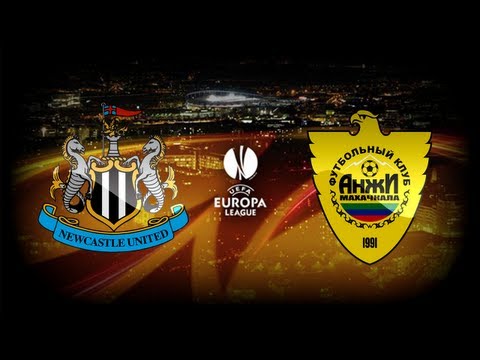 My record is available here - https://fansunite.com/profile/TMussolani
France Ligue 1: Angers vs. Nice
In Nice's last match played, a 2-1 victory over Caen, i took the over. I was a little worried, but in the span of 10 minutes in the second half, there were three goals. That's the thing with Nice and why I'm going back to the well. They can score with the best of teams, with Ben Arfa looking absolutely reborn, and concede the silliest goals. For a statistical example of Nice's proficiency and lackadaisical defending, they've now scored in 14 of 15 games and conceded in 9 straight. As I've stated, Nice's attack is firing on all cylinders, but the real reason I like this bet is because of the defensive issues they have. They are missing Genevois, Hult, Pouplin, Le Marchand, Bodmer, and Traore. As a result, Nice are going to be forced to field an inexperienced backline that's going to result in players playing out of position. I mean, Nice have only kept teams out of their net in six games in the last calendar year. My Pick of The Day is Over 2 Goals @ 1.82
England Premier League: Newcastle vs. Arsenal
Both Newcastle and Arsenal played two of the better teams in the Premiership last round as Newcastle took on Manchester United and Arsenal took on Liverpool. Both teams drew the match 0-0. Obviously, for Newcastle United, this was a hell of a result while Arsenal's result was quite disappointing. Newcastle's 0-0 result against United was great, but they took on a United attack that was stuttering and ineffectual. United, at that time, had an attack that was very predictable. Arsenal at least play the ball up the flanks or can bring the ball up the middle. I also really don't think Newcastle are going to play for a 0-0 draw at home. They know Arsenal have had a stuttering start, and now is the time to capitalize on them and grab a momentous victory at home. Arsenal have the joint most shots this season, but have garnered the the joint lowest goals. I don't see this trend continuing. Both these teams are naturally attacking minded, and I don't believe the 0-0 games from the last round. I'm taking Over 2.5 Goals @ 1.82
Germany Bundesliga: Darmstadt vs. Hoffenheim
Hoffenheim have started this season with two straight defeats. This is a little surprising to me as I thought they'd have a pretty good season and finish comfortably in the top ten. Still, facing off against Leverkusen and Bayern Munich is a pretty tough start to the season. They lost 2-1 to both teams, but that's not the worst results against two heavyweights. Moreover, they've just signed Vargas which should add a new dimension to their already great attacking threat. Darmstadt are a newly promoted team and have garnered great results to start the campaign. They've drawn against Hannover and Schalke, and play a passionate committed style. Still, I have a hard time seeing how they will get a result against the best side they've played yet in Hoffenheim, especially with Hoffenheim playing well despite their results this far. I'm taking Hoffenheim to win @ 2.53
Germany Bundesliga: Bayern Munich vs. Bayer Leverkusen
Okay, this might be a little tough to convince some of you, but the three best sides I've seen in the Bundesliga, this season, are Dortmund, Wolfsburg, and Bayer Leverkusen. All three have looked very good and bent on challenging Bayern for the Bundesliga crown. Sure, Leverkusen had to play in mid-week, but their performance against Lazio, a 3-0 victory, is only going to add momentum. Since I took Lazio +1 in the CL Qualifier midweek, I've been kicking myself. I watched the first leg and Leverkusen looked great. They were even better in the second leg and their team play is of championship quality. Leverkusen just lost Son to Tottenham, but they have Kampl in reserve, so I think their attacking set will be absolutely fine. Hell, in the last eight games between the teams, Leverkusen have stayed within one goal. I'm going to take Bayer Leverkusen +1.5 AH @ 1.92
Other picks which I have not had time to write-up. Please ensure you also play one unit on each of these. That I have not written them up does not reflect my confidence in each.
England Premier League: Bournemouth vs. Leicester - Over 2.5 Goals @ 1.89
England Premier League: Chelsea vs. Crystal Palace - Crystal Palace +1.5 AH @ 1.83
Germany Bundesliga: Koln vs. Hamburger - Under 2.5 Goals @ 1.93
Netherlands Eredivisie: Utrecht vs. Groningen - Groningen +.5 AH @ 1.83
Austria Bundesliga: Admira Modling vs. Austria Vienna - Admira Modling +.5 AH @ 2.09
Austria Bundesliga: Grodig vs. Reid - Grodig to win @ 2.19
Belgium Jupiler League: Oostende vs. Zulte Waregem - Oostende to win @ 1.92
England League One: Swindon vs. Sheffield United - Over 2.5 Goals @ 2.05
Germany Bundesliga 2.: Paderborn vs. Arminia Bielefeld - Paderborn to win @ 2.43
Russia Premier League: Spartak Moskow vs. Anzhi - Over 2.5 Goals @ 2.00
Switzerland Super League: Lugano vs. Luzern - Luzern to win @ 2.21

Neftci - Inter Milan
-- there was a draw in the last game between these two, so I expect a win this time from Inter, let me know if you expect a disappointment
Academica - Hapoel Tel Aviv
Anzhi - Young Boys
-- money's good yo
Atletico Madrid - Victoria Pil.
Hannover - Levante
Lazio - Maribor
-- not too sure about this one after Maribor's win of 3-0
Panathinaikos - Tottenham
-- kind of sure about this one due to Maribors win of 3-0 :P Now you see I also like Tottenham, so not totally objective here maybe; home ground advantage did not help Man U last time though, riding high on that achievement Tottenham might win again here
Metalist - Rapid Wien
-- Austrian football yeah, I am not a fan of that
Newcastle - Bordeaux
-- French football, I used to like their team a lot when I was younger, now all of the teams I see are meh :( Except for Olympic Marseilles.
Rubin - Partizan
Monchengladbach - Fenerbahce - draw
-- am I a fool here, should I bet on 1?
PSV Eindhoven - Napoli > bet on over 2.5+ goals
I am placing my bets via Bet365

Arsenal are keen to make the first move for Fulham striker Clint Dempsey, 29, who is also wanted by Liverpool. source
Arsenal boss Arsene Wenger is closing in on £17m-rated Rennes midfielder Yann M'Vila, 21. source
Manchester City are targeting Montpellier midfielder Younes Belhanda, 22, as a back-up target, with their pursuit of Lille's Eden Hazard, 21, proving more difficult than the club had first anticipated. source
Tottenham target Loic Remy, the 25-year-old Marseille striker, says he wants to remain with the French club but admits that their financial situation may lead to him being sold. source
Real Madrid scouts have been watching Newcastle striker Papiss Demba Cisse with a view to making a move for the Senegal international this summer. source
(subscription required) Spurs could also be set to add to their defensive ranks with a move for Ajax defender Jan Vertonghen, 24. source
However Manchester United could scupper Tottenham's plans with their own move for the defender. source
Fulham are poised to complete a £10m double transfer swoop for Heerenveen wingers Luciano Narsingh and Oussama Assaidi, fighting off competition from Dutch sides PSV Eindhoven, and Ajax, Russian outfit Anzhi Makhachkala and Premier League rivals Everton and Newcastle. source
Porto's 25-year-old £25m-rated midfielder Joao Moutinho, who has been monitored by Chelsea, has admitted he would consider a move to the Premier League. source
If they secure their Premier League status next weekend, QPR are planning a £7m move for Wigan's 21-year-old winger Victor Moses. source
Chelsea target Caballero, a 17-year-old striker with Paraguay side Libertad, is also wanted by Spanish giants Barcelona and Real Madrid. source
Highly rated 17-year-old Peruvian striker Andy Polo, thought to have been considered by Arsenal, has opted to join Italian side Genoa in a deal worth around £4m. source
Newcastle are considering a move for Marseilles and former France under-19 defender Christophe Lowinsky.
(subscription)Hercules, who are in the Spanish Second Division play-off position, are leading the race to sign Fancisco Sandaza, but the St Johnstone striker is also attracting interest from Bristol City and clubs in Greece and Cyprus.
the SunMotherwell forward Jamie Murphy is a summer transfer target for Crystal Palace's Scottish manager, Dougie Freedman.
Daily RecordLeeds United have offered Scotland midfielder Robert Snodgrass a bumper new contract in an attempt to fight off interest from Norwich City and newly promoted Southampton.
Daily Record### Other Gossip
Former Barcelona coach Pep Guardiola has rejected a second approach from Chelsea, despite the offer of £12m-a-year and a huge transfer budget. source
DailyManchester City's players have been promised £250,000 each if they land the Premier League title. source
Chelsea striker Didier Drogba will be given one last chance to sign a new contract. The 34-year-old rejected a one-year deal, but the club are prepared to offer a compromise of an option of a further 12 months if he continues to deliver. source
Wolves have denied reports that Darren Ferguson will become the club's new manager, after some bookmakers stopped taking bets on the Peterborough boss taking over at Molineux. source
and Star Liverpool striker Craig Bellamy will be part of Great Britain's 18-man Olympic football squad - leaving David Beckham sweating on one of just two more places allocated for over-age players.(the People)Aston Villa defender Carlos Cuellar has hinted on Twitter that he will be leaving the club. source
Birmingham Mail Liverpool midfielder Maxi Rodriguez is considering cancelling his contract. The Argentine is desperate to get more game time and has grown increasingly frustrated by his role on the periphery of Kenny Dalglish's first team. source
The Brazilian government will hand out free tickets to the country's poor and indigenous people for the 2014 World Cup finals and expect to do the same for the 2016 Olympics in Rio. source
Police are demanding Rangers' administrator hands over documents relating to Craig Whyte's takeover that could lead to a criminal prosecution of the club's owner. (Daily Record)St Johnstone forward Derek Riordan spent the May holiday in a police cell after being arrested over an alleged disturbance at the HMV Picture House nightclub in Edinburgh and will appear at Edinburgh Sheriff Court today. (Daily Record)Brighton midfielder Liam Bridcutt, born in Reading but with a Scottish grandfather, is being considered for a call-up by Scotland coach Craig Levein and could play against Australia in August.
Daily ExpressBritish Olympic Association chairman Colin Moynihan has bitterly criticised Scottish football fans for snubbing the London Games, with 90% of tickets for matches at Hampden Park in Glasgow yet to be sold.
Daily Express### Finally guys...
Arsenal have unveiled their new kit in a humorous video, which features star striker Robin van Persie, and shows goalkeeper Wojciech Szczesny apparently kicking a ball onto the roof of Arsene Wenger's car. source